Yiddish
Connect with us 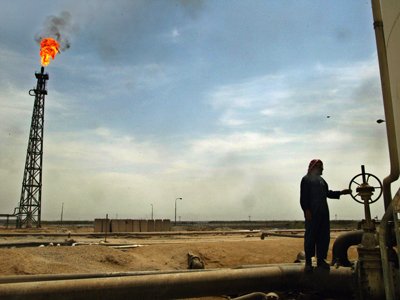 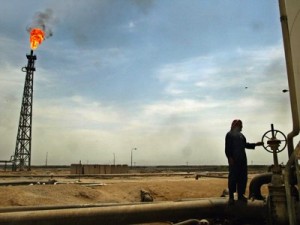 Around €75 million of development support will be made available to Iraq during the period 2014 – 2020,  announced Development Commissioner Andris Piebalgs today (20 January) during a meeting with the Iraqi delegation led by Foreign Minister Hoshyar Zebari. The three proposed main areas of cooperation are: Rule of Law and Human Rights, Capacity Building in primary and secondary education and Sustainable Energy for All.

Commissioner Piebalgs said: “The EU will focus future actions on strengthening rule of law and continue supporting institution building in Iraq aimed at reconstructing the country and improving the welfare of its population. This will be done in coordination with member states and other donors, and in line with the government's own plans.” On the challenges faced by the country, he underlined that “over the past months the escalation of violence undermined its stability, but the EU is confident that the Iraqi authorities will work towards a successful transition to democracy and long term stability for the benefit of all of Iraq’s citizens”.

Since 2008 the European Union has provided around €157m in bilateral cooperation to Iraq in the areas of governance, rule of law, health, water management and education.

EU Cooperation with Iraq complies with the principles set out in the Agenda for Change, the Commission’s blueprint to focus its development aid on those countries most in need (e.g. least developed countries) and those sectors where greater results can be achieved. That is why, compared to the previous financial period (2008-2013), bilateral cooperation with Iraq has decreased. According to the latest World Bank classification, Iraq is an 'upper-middle-income' country with a GNI/capita amounting to $5,870 (2012) (equivalent to €4,310). The main difficulties faced by Iraq are not caused by lack of resources, but rather political instability, weak capacities and inadequate governance. The EU support should, therefore, serve as a catalyst for transfer of expertise and know-how.

The main areas of cooperation are coherent with the Iraqi National Development Plan 2013-2017. The EU will support the Iraqi Government reforms on Rule of Law and Human Rights, Capacity Building in primary and secondary education and Sustainable Energy for all. Regional and thematic cooperation will cover complementary areas (e.g democracy and human rights, civil society organizations and local authorities).

The EU supports two education projects in Iraq with the objective of reducing disparity in access and quality of education. An improvement in teaching methodologies, schools management and community involvement with the training of a significant number of staff and civil society partners has been recorded so far. Child-friendly standards are met in 1,200 schools and 600,000 children now benefit from a child- friendly learning environment, teaching and learning methods. There is a very dynamic and diverse civil society in Iraq that has significantly grown in the past few years. An EU-funded programme helps to improve the working relations between public authorities and civil society. Awareness sessions were held involving 1,010 participants from Iraqi civil society and public authorities.

In his annual address to the nation, Nursultan Nazarbayev, the president of Kazakhstan, announced five main priorities as part of what he described as “Kazakhstan’s third stage of modernization”. The priorities are aimed at ensuring economic growth and supporting the country to become one of the top 30 most developed countries in the world by 2050.

The five priorities are: Acceleration of technological modernization of the economy, improved business environment, macroeconomic stability, improved quality of human capital and institutional reforms, including improved security and more action to tackle corruption.

President Nazarbayev said in his annual address: “I am setting the task of ensuring the implementation of the Third Modernisation of Kazakhstan. It is necessary to create a new model of economic growth that will ensure the country's global competitiveness.”

He added: “This modernization is not a plan to combat current global challenges, but a reliable bridge to the future, to meet the objectives of Kazakhstan 2050 Strategy. It will be carried out on the basis of the 100 Concrete Steps Plan of the Nation.”

The Head of State also instructed the Government to developa package of measures for the technological re-equipment of basic industries by 2025.

The annual address followed a special announcement given by the President last week, in which he set out bold plansto increase the powers of parliament. President Nazarbayev stated that these constitutional reforms are aimed at furthering the democratic development of Kazakhstan, as the Government will be accountable to parliament.

President Nursultan Nazarbayev has proposed a constitutional reform aimed at furthering the democratic development of Kazakhstan. During a special televised address to the nation on 25 January, the President announced a number of functions that would be transferred either to the Government or Parliament. Public discussions on the proposed constitutional reforms will take place for the next month, concluding on 26 February. After this, the reforms will be presented to Parliament.